Merle was born in Okinawa, Japan to a mother of Korean and Japanese descent and an African-American father serving in the U.S Force. Growing up in Nebraska,but not into football, Merle didn’t know where she fit. A friend encouraged Merle to choose drama as a study because she was told it was “easy”. Little did Merle know that the drama department would be the community she had been longing for and that expression would give her the platform to explore social conditions and and the emotions that must be exposed to understand and accept each other. Merle graduated college and had a wild inclination that New York was where she needed to be to fulfill her purpose. With $107 in her pock, a packed Uhaul and an ailing kitten, she drove to New York and landed in the sea of many hopeful artist. Merle was still figuring out what was cool and learning everything on the fly. At the time a non-equity actor, she heard that everyone in town was going to audition for “Jesus Christ Superstar”, so she decided to learn a song and stand in line at 4am to hopefully be given the opportunity to audition. At 1pm the casting director not only called her in to the room, but gave her the space and the light to shine. Even though most things came to Merle very easily, she was still doing what she considers “on the job” training and chasing after an idea or feeling of what it is to be an actress. After a job replaced her, a blessing in disguise, Merle accredits her acting coach Warner Loughlin for giving her the strength and confidence to approach every role with ease and unwavering sense of responsibility to the intention and message of the role. After working three jobs to support her theater career, Merle Dandridge landed herself in the company of Oprah and now holds the honor of portraying Grace on OWN’s hit show, GREENLEAF. This woman’s 25 year journey is nothing short of resilient, spiritual, and guided.

Merle Dandridge currently can be seen critically acclaimed show “Greenleaf” on OWN network and will be on Broadway for the rest of 2017 in the play “Once on this Island”.

Listen in to the unforgettable stories that Merle Dandridge right HERE. 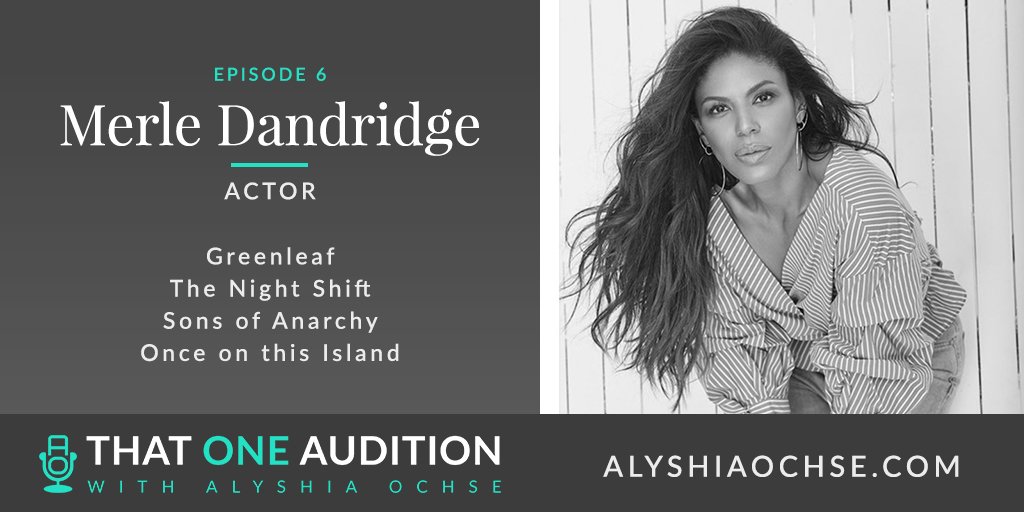 “I wanted to do theater that didn’t let people look away from the ugly.  I wanted to do stuff that shined a light on a social condition or just made you look at the things you didn’t want to look at.  Examine it, feel it, and create understanding.  Because if we have understanding of something that we don’t know about then we can cross that divide.”

“The flow is happening.”

“You’re never walled in for no reason, you are walled in to deflect you to where you are suppose to go.” CLICK TO TWEET

“Beyond this job, I can have confidence in the steps of my journey.  Even if they are uncomfortable, because they are going to change and grow me for what I am suppose to be doing.”

“In retrospect, authenticity is always the thing.  Just being yourself, bringing what you know are your gifts as a human being.  The journey is to elucidate your authenticity.”