Looking Back episode with the ever lovely Mary Elizabeth Winstead as she divulges the eccentric ways of Oliver Stone in an audition to making her mark in the independent film cinema.

Mary Elizabeth Winstead is a gifted actress, known for her versatile work in a variety of film and television projects. Possibly most known for her role as Ramona Flowers in Scott Pilgrim vs. the World, she has also starred in critically acclaimed independent films such as Smashed, for which she received an Independent Spirit Award nomination, as well as genre fare like Final Destination 3 and Quentin Tarantino’s Death Proof. 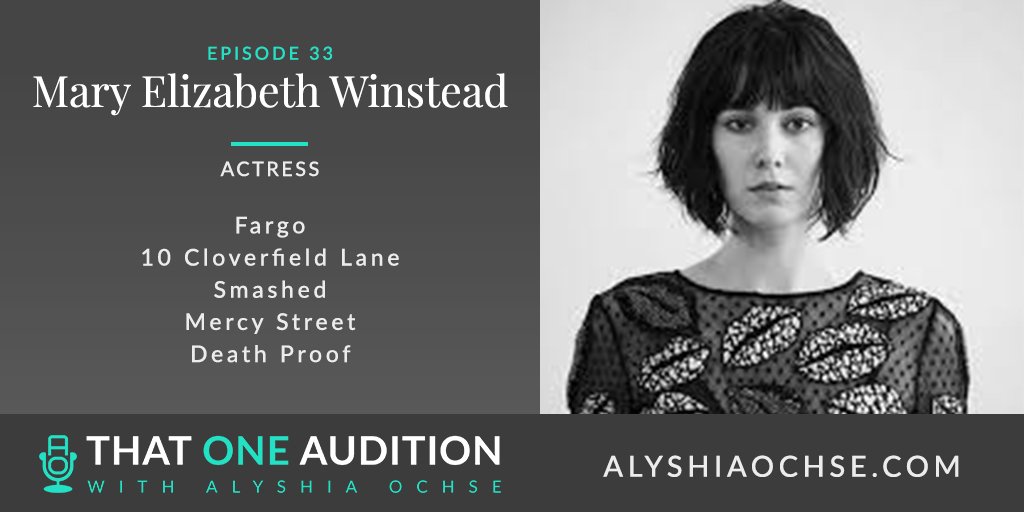 “I felt very prepared for whatever was going to be thrown my way in the room.”

“The fact that you can say something to a woman and don’t know her emotional state, you shouldn’t be able to get away with it.”

“I was prepared for the moment of Oliver Stone to be eccentric and I knew that his comment was more of a reflection of him and not about me.”

“I didn’t feel like I was getting to explore a further depth of me as an actress. I told my agents I wanted to explore the indie film.”

“I was never really considered for those real acting jobs. I was doing whatever I could to just be considered.”

“I was told time and time again that I was too nice to play the edgy roles.”

“The director showed my tape to his wife. His wife told him if he didn’t hire me for the part that she was going to divorce him.”

“Big turning point for me was learning that there is more time to collaborate and discover who the character is beyond the audition.”

Leave a Reply
You might also like
One of the following
S2 034: Jack Huston
S2 028: Eric Ladin
RE-RELEASE: Abby Miller