Among his long career in theater and television, T.R Knight is best known for his incredibly dynamic portrayal as Dr. George O’Malley in Grey’s Anatomy, earning him both a Screen Actors Guild Award for Best Ensemble and an Emmy Nomination. He performed and starred in The Guthrie Theater’s Amadeus and Ah, Wilderness! Knight guest starred in The Good Wife, portraying Jordan Karahalios, in the CBS drama starring Julianna Margulies as she navigates her career after a political scandal involving her husband. In 11.22.63, the Hulu produced miniseries and adaptation of Stephen King’s science fiction novel, Knight is Johnny Clayton, starring with James Franco and Sarah Gadon, and following one teacher’s journey after he slips through a time portal and desperately attempts to prevent the assassination of John F. Kennedy. Knight joined The Catch in its second season, a cat and mouse thriller starring Mireille Enos and produced by Shonda Rhimes, playing the self serving and down on his luck Tommy Vaughan. Most recently, you can find T.R Knight in Genius, National Geographic’s first scripted television show, transforming himself into J. Edgar Hoover.

In this interview we discover how T.R Knight navigates the bouts of unemployment, the nature of creativity, his love of prosthetics and his hobby as a writer. IG: @T.R.Knight 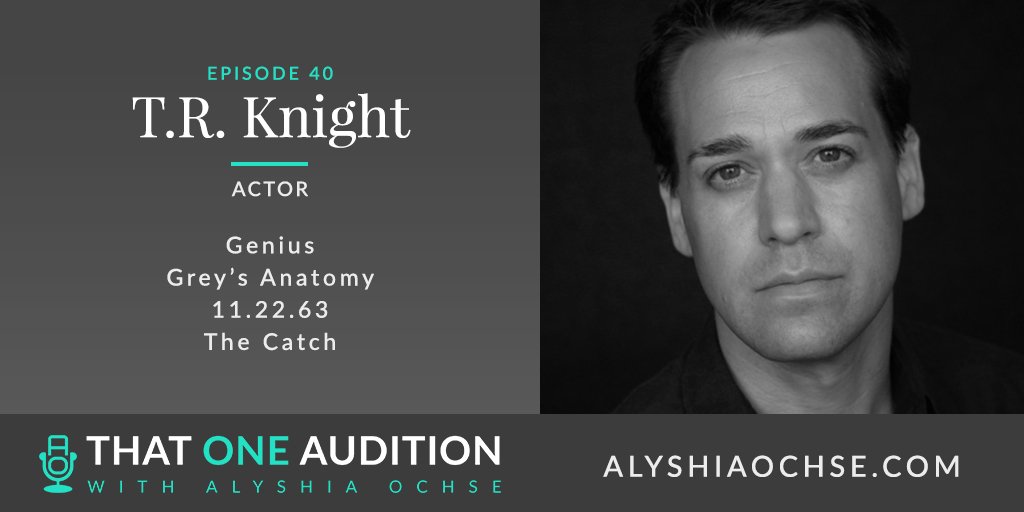 “I think the goal always was to just work, and work with people I admire.”

“Don’t work with everybody. Don’t take any job. Go for the people that you like their work and try to work with them, especially when you’re young and impressionable.”

“You act twice. Act to be confident, and then act for the audition.”

“The gratitude is everything.”

“So much of it is luck, and I know some people hate using that word when it comes to acting and jobs, but there are so many of us that I just don’t see how being at the right place, at the right time, how that does not come into play.”