You can put EVE on an arena stage, a movie set, a sitcom soundstage, a talk show panel, even in a rap battle with a bunch of dudes. This fearless female will waste no time showing you she can’t be contained. From the Philly streets to Dr. Dre’s “castle” in Calabasas to the world’s stage, this guest shares with us how you can be a truth teller and a storyteller without sacrificing your authenticity or your instincts. She also lets us in on how she wound up taking the entertainment industry by storm despite her biggest fear: public speaking. Eve dishes on everything, starting from the first audition with Dr. Dre to being dropped and her journey to writing music and not being put in a box. This interview gives all the insight to becoming the entertainment industry’s “It” woman.

As a musician, Eve is best known for her music hits “What Y’all Want,” “Gangsta Lovin,” “Who’s that Girl,” “Satisfaction,” “Tambourine” and “Let Me Blow Ya Mind” featuring Gwen Stefani, which won the inaugural GRAMMY Award for Best Rap/Sung Collaboration in 2002. In 2016 she reunited with Stefani for the “This Is What the Truth Feels Like” tour and hosted the “VH1 Hip Hop Honors: All Hail The Queens.” Eve has released four multi-million selling albums and 32 singles, and throughout her career she has collaborated with many prominent artists, including Alicia Keys, Ludacris, Jill Scott, DMX, Swizz Beatz, Dr. Dre, Juicy J, The Roots and Missy Elliott. 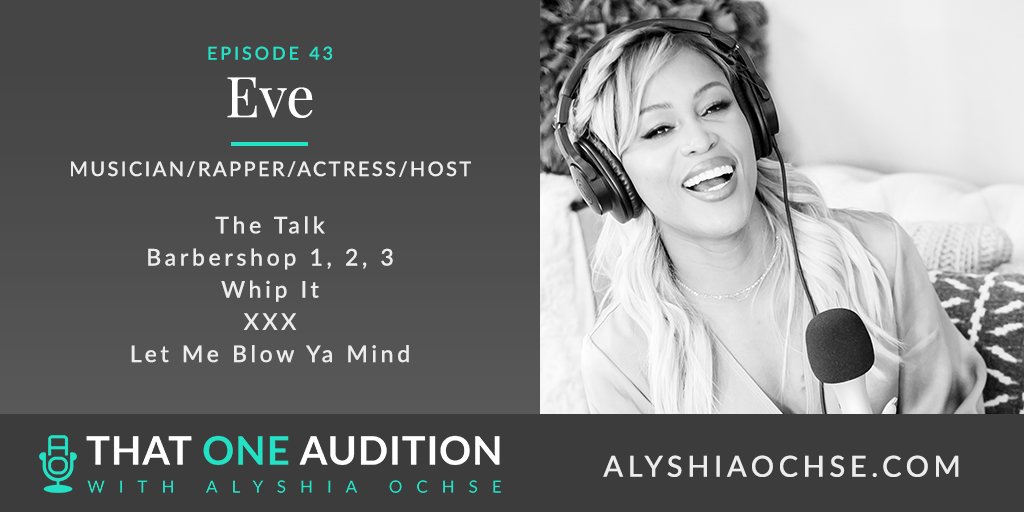 “I’m grateful for being dropped by Dr. Dre because I learned how to survive the industry.”

“Music videos tell a story. Back in the 2000s music videos told a story and I played the character.”

“I feel most comfortable on stage. It’s a meditation for me.”

“I read scripts melodically. When you have a great script it flows like music.”

“I wanted people to know me more than my music and The Talk has been a wonderful platform to do just that.”

“Energetically trying something new that is not inside the box or in your comfort zone helps you grow as a person and an artist, there is always a lesson to be learned.”

“Fear has always been in my life, its a constant, if I feel it…I run towards.”

“Music is my true love. It’s the diary of my life.”