Rebecca Field is an actress and director best known for her roles as Lacey on Lifetime’s “The Client List,” starring alongside Jennifer Love Hewitt, Janet on the ABC drama “October Road,” and her portrayal as Jane Gould in “Criminal Minds.” She had a recurring role on ABC’s “Grey’s Anatomy,” and “Kittens in a Cage.” Field has guest starred on numerous television shows, including TNT’s “Hawthorne,” “NCIS: LA,” “Castle,” “Mike & Molly,” “Drop Dead Diva,” and “Monk.” Most recently, she guest starred in David Lynch’s “Twin Peaks,” and “Movie Nights.” Be sure to watch Rebecca in the upcoming Gus Van Sant film “Don’t Worry He Won’t Get Far On Foot,” starring Joaquin Phoenix as John Callahan, and “A Star Is Born,” with Bradley Cooper and Lady Gaga.

In this conversation we hear how she protects herself as an actor and champions for herself, how she found her agency and her confidence, and how hypnotherapy and a vision board helped land her first series regular on ABC show “October Road”. 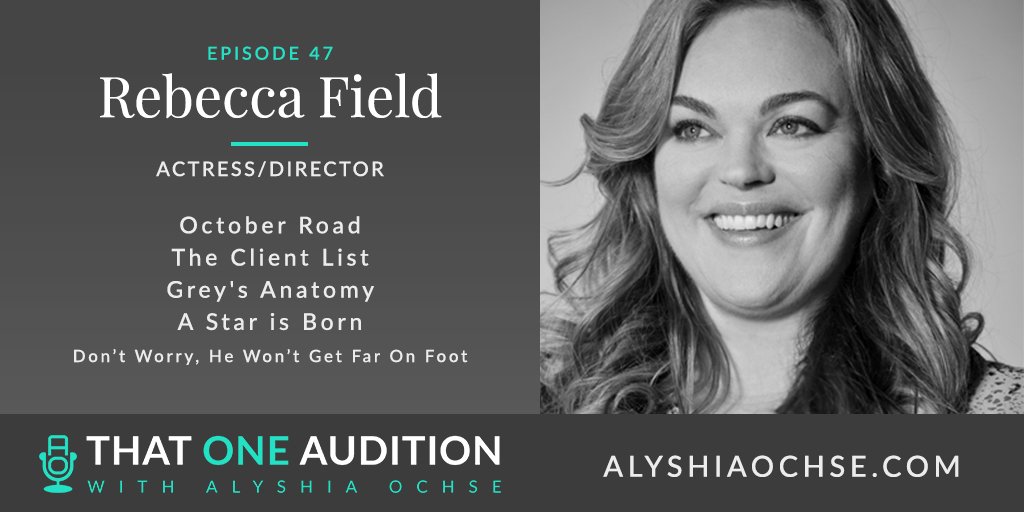 “Go big or go home. Either get there and do it big or don’t bother doing it at all.”

“I do think there is a fine line between being like overly obsessive and hounding agents every five seconds, or just being an advocate for yourself and for your own career and staying on top of things.”

“When it’s your coverage and your turn, also, go for it. Take your moment, and do the great things you know you’re capable of.”

BLACK FRIDAY SALE: Get 40% off the New Triple Threat 'Co-Star' Membership for a full year!   |   Dismiss