Jonathan Kite is best known as “Oleg,” the hilarious, lovable, sex-crazed Ukrainian cook, opposite Kat Dennings and Beth Behrs on the current CBS comedy hit, 2 BROKE GIRLS. Kite credits Wilt Chamberlin and Ukrainian porn star Vlad, the Impaler as major influences when creating his character. Jonathan Kite was born and raised just outside of Chicago in Skokie, IL. He studied drama in high school and at the University of Illinois Champaign/Urbana, where he received a Bachelor of Fine Arts in Theatre. He performed many times on stage in Illinois before moving to Los Angeles to pursue a career in voice over, film, television and zoological criminology.

In addition to his role on the series, Kite voices many of the color impaired characters on the Adult Swim throwback, “Black Dynamite: The Animated Series.” When asked to list them, Kite simply said “just call me EVERY WHITE.” Before “2 Broke Girls,” Kite was seen in a number of notable supporting roles including the pilot of FOX’s hit “Raising Hope”.

Aside from a busy acting career, Kite is an expert impressionist boasting over 100 celebrity impressions that include: Vince Vaughn, Tom Hanks, Seth Rogen, Liam Neeson, Christian Bale, Jeff Bridges, Robert Downey Jr., and John Lithgow. In 2013, he began touring, and has performed and headlined at some of the top comedy clubs nationwide. He recently filmed his first stand up comedy special entitled “Back to School Special” at his high school alma mater Niles North, where it all began. 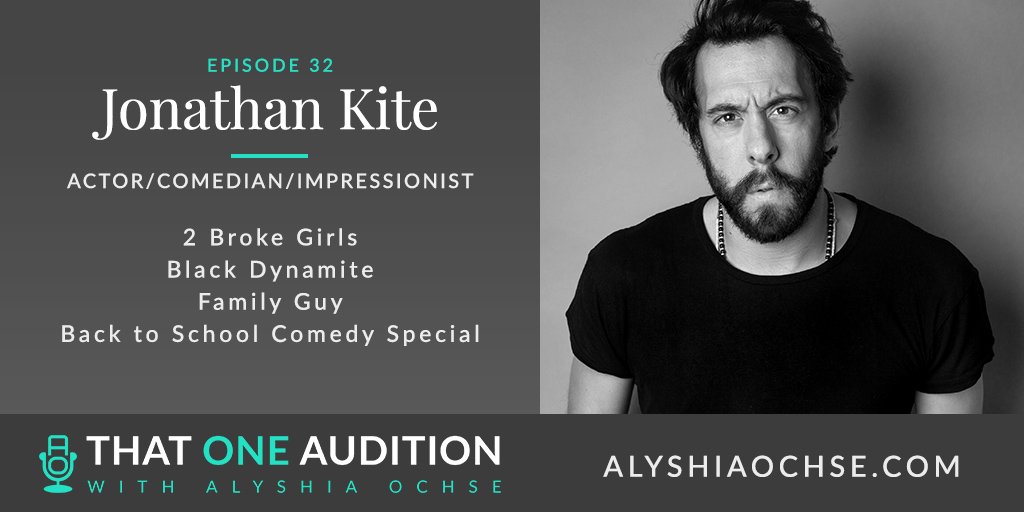 “My impressions spurred out of the writers strike because sketch shows became prevalent.”

“When I saw guys like Jim Carrey, John Lithegow, Michael Keaton…There was something very odd about them, they are not putting it on and I found myself in them.”

“For impressions you have to do a voice that is universally recognizable.”

“You need people that believe in you and that’s sort of it.”

“If what I say I can do lines up with what they (agents) think I can do, then you are good.”

“When I am doing impressions, I study the person. I never look in the mirror or listen to my own voice. I study them.”

“Going to University was like the Hunger Games. At the two year marker they do cuts. We started with 20 students and our graduating class ended with 9 students. ”

“The cutting process in University is tough love. It’s a wake up call that you are always competing.”

“In this business you have to show up all the time. You can’t have a day off.” | CLICK TO TWEET

“You have to show up all the time because that’s what this business is. You can’t take a day off, especially with auditioning.”

“You have to treat acting like an athlete. You are constantly competing and training.

“This is a business first and if you get to act you are lucky.”

“I always want to leave people with them wanting to work with me in the future.”

“I never had a pilot season before 2 Broke Girls.”

“The audition was literally ten 90 year old women and ME.”

“Part of this job is just saying YES.”

“I like to create the weight of my characters emotionally through clothes.”

Leave a Reply
You might also like
One of the following
Jonathan Kite
S2 039: Alain Uy
S2 008: Michael Urie