Ravi Patel has been in over 70 national commercials, films and TV shows, most notably Transformers, Scrubs, It’s Always Sunny in Philadelphia, The Comedians, Master of None, and Grandfathered BUT Ravi never intended on acting. In fact, Ravi planned on a career in finance. After faking his transcripts to secure a more reputable job, Ravi discovered that the finance world was not his cup of tea. His journey into acting is filled with serendipitously spontaneous adventures paving the way for Ravi being a recognizable face in your living room. An impromptu emcee job led to casting calls. A Ryan Seacrest billboard led to a stick figure drawn headshot that put Ravi’s natural improv skills on display in Michael Bay’s film Transformers. The well-circulated press trailer for Transformers was mostly Ravi’s small, but impactful, hilarious scene that grabbed the attention of a theatrical agent and several other opportunities in television.

Ravi has since learned that making your own projects levels the playing field. Making acting his business changed his effortless “I don’t care attitude” about acting into an impactful, appreciative, invested storyteller that has secured his spot in the entertainment world. Meet the Patels, an autobiographical documentary he made with his sister, Geeta Patel, was a compilation and inspiration of all of Ravi’s favorite storytellers from Wood Allen and Wes Anderson to Arrested Development, Seinfeld, This American Life, and American Splendor. His acting career taught him how to appreciate the art, but how taking it seriously can lead to existential crisis.

Ravi currently can be seen in the WB’s Wrecked and the film Bandaid. 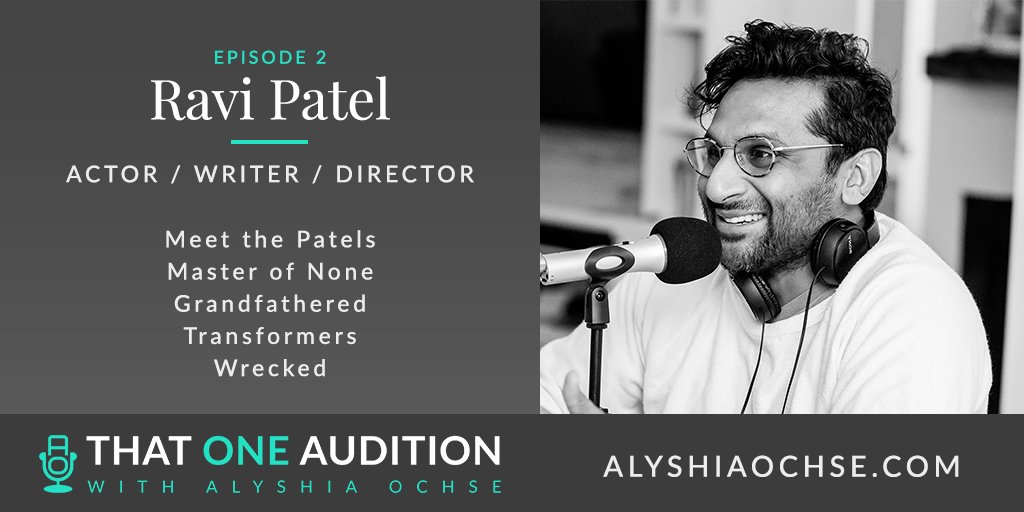 “The richer and more interesting you can make your life outside of acting, I think the better your acting can do.” CLICK TO TWEET

“Happiness is a hedge fund. Happiness in life comes from all different endeavors and sources. When you’re an actor it is very easy to put all your emotional eggs in one basket and that works against you if you want to be successful. So to put yourself in the best situation to succeed, try to fill up those buckets of happiness that you can that are outside of acting such as your physical health, your mental health, spiritual health.”

Leave a Reply Cancel Reply
You might also like
One of the following
S2 038: Michael Mosley
S2 036: Robert Baker
S2 019: Chris Diamantopoulos