Sammi Rotibi is an accomplished and seasoned actor with over 40 credits to his name, working in both television and film. He is best known for his work on Antoine Fuqua’s Tears of the Sun, following the story of a Special-Ops commander in the Nigerian jungle and his journey to save lives of 70 refugees, and Quentin Tarantino’s critically acclaimed Django Unchained in his role as Rodney. He is also known for his performances in Lord of War, acting alongside Nicolas Cage, LUV, Batman v Superman: Dawn of Justice, Blue: The American Dream, and Once Upon a Time in Venice, his second film with Bruce Willis. He has starred and guest starred in numerous television shows, including The Secret Circle, The Blacklist, Matador, CSI: NY, NCIS: Miami, and MacGyver. You can find him in the second season of National Geographic’s highly anticipated Mars as Robert Foucault, a drama that explores Earth’s first mission to colonize Mars in 2033. He is currently working on a sci-fi thriller adaptation of the YA novelist Alexandra Bracken’s The Darkest Minds Triology.

These are the tenacious, inspiring, and funny stories about beepers, the moment when a puppy helped him nail a big audition, and how the stars sometimes aligning have all lead Sammi to where he is today. 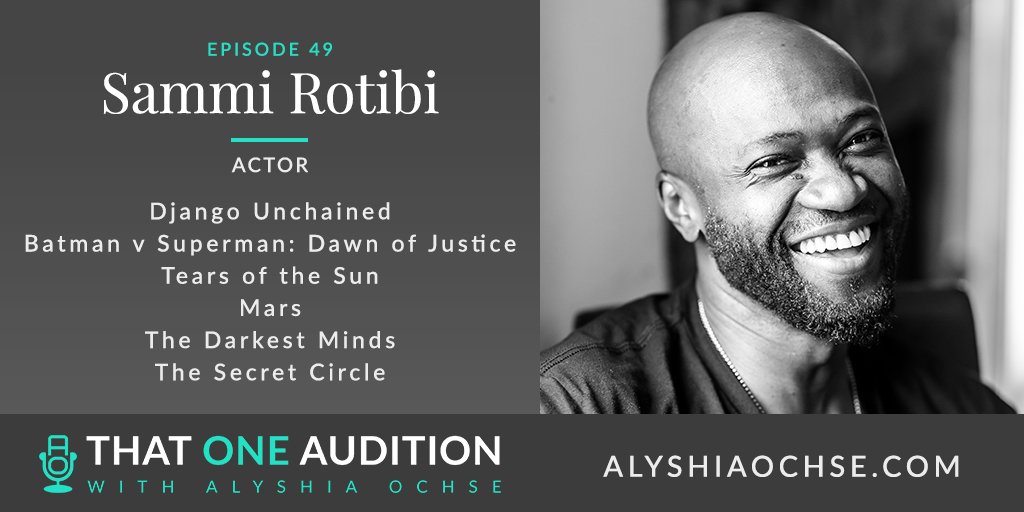 “I don’t go into an audition to get the job, I go in to make fans and give my interpretation.”

“So why not go into an audition room, and go enjoy the process of it, because even if you don’t get it, it builds character.”

“I think if you trust yourself and you do the work you’ll be successful.”